I Guide The Guides

I guide the guides.

At first I knew I wanted to do something to do with my cosplay, I was unsure how this would work short of making an entire costume, which we obviously could not within an hour and a half period. I then thought it may be easier to focus on one skill. I made a list all the skills I had used before chosing the most important one: Sewing.

The the thing I thought about whilst planning was skill: was the activity i had chosen the correct skill level for the people attending the session. Once I had thought that through I began to think about the equipment I would need to commence my activity. Eventually I fished planning and I could get on with my lesson 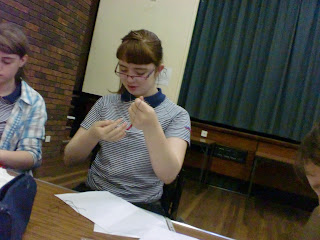 I went to my usual Girl Guides meeting, to hold a sewing lesson where we did the activity I had chosen sewed felt designs on to plain t-shirts. 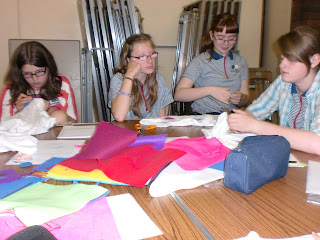 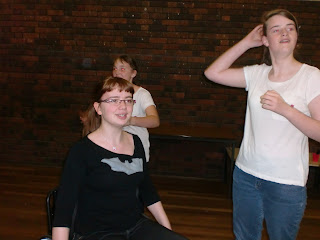 After we said our promise and had greeted each other, we got the tables out and sat down. First I told the girls what we were going to be doing before getting out the equipment and handing each of them a t-shirt. After that I showed the anyone whom did not know, how to sew the basic running stitch. I then let them draw out their own designs out on to the felt before cutting it out. Then each girl was given a needle and some thread and began to sew their design onto t-shirt. I spent my time helping each of them in turn with their new skill until all the t-shirts were completed. We then went and got changed before having a fashion show 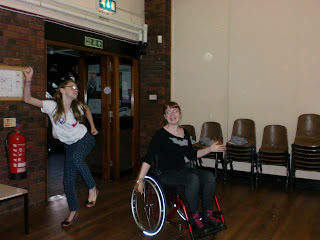 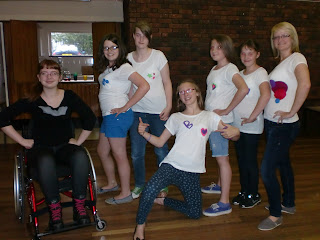 I personally feel that the lesson went rather well and based on this lesson I would defiantly like to do another one.

Before the lesson I felt rather nervous about what the girls may have thought but then once we started I gained more confidence and I had a lot of fun.

Through the feedback forms I gave them I know that the girls enjoyed learning something new and they loved to take home something they had made. We have even inspired the guide leaders to do a craft badge.

The three things that I feel went well are: The first thing that went well was everyone who took part in the lesson finshed their t-shirt, which was an achievement for everyone. The thing i found quite surprising was how focused the girls were, each of them worked really hard on the project. Lastly everyone learned something whether it how to sew, or that felt could by applied to t-shirts everyone left the meeting with a new skill.

The three things I would change are: Firstly I would tell explain the activity to the girs the week before hand so they more time to think about their disigns. The next thing would be if i had more time time I would have invited the girl's parents to come and see the fashion show. Lastly i would have made the evaluation forms easier to understand, as some of the girls found the questions hard to understand.

There is no particular thing I would like to improve but one thing I will note is that it was quite difficult to give each of the girls one to one help. I did however manage this by working my way around the table and I spent time with each girl in turn.

As I have previously said I very much enjoyed teaching the girls and I can not wait to do another lesson.

Posted by Hawthorn Crimson at 01:54